Tony D Sampson is a critical theorist with an interest in philosophies of media technology, digital cultures, experience design, neurocultures and affect theory. His publications include The Spam Book, coedited with Jussi Parikka (Hampton Press, 2009), Virality: Contagion Theory in the Age of Networks (University of Minnesota Press, 2012), The Assemblage Brain: Sense Making in Neuroculture (University of Minnesota Press, 2017) and Affect and Social Media: Emotion, Mediation, Anxiety and Contagion, coedited with Darren Ellis and Stephen Maddison (Rowman and Littlefield, 2018). His next book – A Sleepwalker’s Guide to Social Media – will be published by Polity in early July, 2020.

Tony is the host and organiser of the Affect and Social Media conferences in east London and a co-founder of the public engagement initiative the Cultural Engine Research Group. He currently works as a reader in digital media cultures and communication at the University of East London in the UK.

Short Video Guide to The Sleepwalker

Tony has published his work internationally in peer reviewed academic books and journals and appeared as a keynote, plenary speaker, invited guest and presenter at international scholarly events. 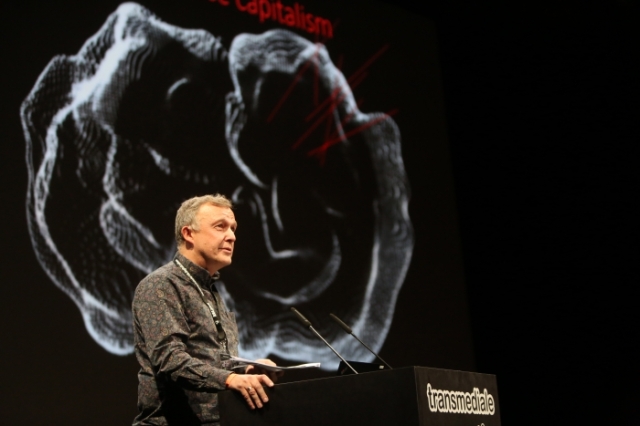 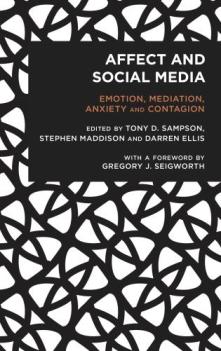 Affect and Social Media is an edited collection of twenty bite sized articles by leading scholars from across disciplinary boundaries. It is comprised of four distinct but related sections which are interspersed with artistic illustrations, depicting the affectivities that flow through social media. The term ‘affect’ denotes a rather slippery concept that is not as easily caught as for example ‘emotion’ or ‘feeling’. Quite often it denotes a more than or an excess to that which is felt in the human body or indexed through cultural grids of meaning. It can exist in ways which defy expectations, conventions, and representations. It is often understood as that which is vital to the emergence of the new and hence socio-cultural revolution. As life shifts ever more on-line, we find ourselves caught up in the affective flows of computer mediated practices into an ever expanding and indeterminate horizon. This compilation of articles that were initially presented at an international conference in East London, were selected on the basis of their ability to depict and conceptualise these radical movements of sociality.

“Social media play an outsized role in our emotional lives. They continually modulate our moods and feelings. They transmit vague sensations that run through us like an infection or contagion. In order to take the measure of social media today, the essays in this volume combine empirical research with far-ranging speculation, offering us analyses that are at once surprising and disturbingly familiar.” Steven Shaviro, DeRoy Professor of English, Wayne State University

“This is a thought-provoking, occasionally scary, and thoroughly fascinating exploration into the complex networked intensities within which we operate. Spanning from pedagogy to pornography, and beyond, it comes with an international focus and a profoundly interdisciplinary analytical range that make it recommended reading for all interested in understanding the key role that social media plays is contemporary culture.” ​Susanna Paasonen, Professor of Media Studies at the University of Turku

“Sampson, Ellis and Maddison’s collection is crucial to any understanding of contemporary digital culture. Bringing together many directions of affect theory, theorising across a radical plurality of sites, they skilfully hold on to a vital coherence through critical affect studies inspired by feminist and queer theory and by core contributors in the field (e.g. Clough, Gregg, Seigworth, Paasonen).” Kate O’Riordan, Professor of Digital Culture at the University of Sussex.

16 Responses to About Virality