The Assemblage Brain: Sense Making in Times of Neurocapitalism

Minnesota University Press have confirmed that The Assemblage Brain: Sense Making in Times of Neurocapitalism will be published in early spring, 2017.

As a taster of what’s in store here’s the table of contents and some of the artwork. In many ways this is a continuation of the Virality project, but I’ll start to reorient this blog to pick up on some of the specific themes between now and 2017.

The Assemblage Brain: Sense Making in Times of Neurocapitalism 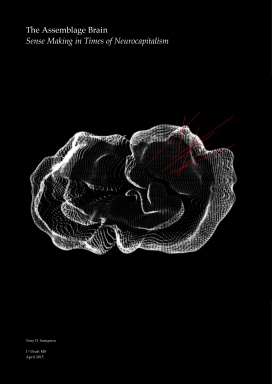 Cover of manuscript by Francesco Tacchini 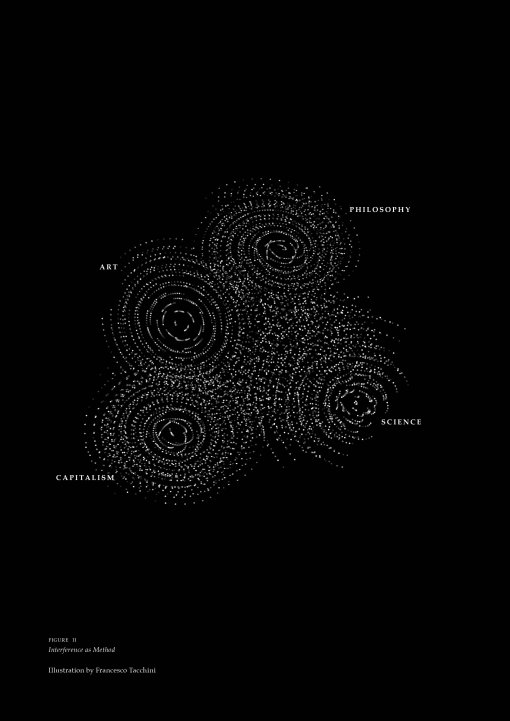 Part One: What Can Be Done to a Brain

Interpretation of Cajal’s drawing of the basic anatomy of a Purkinje neuron: Illustration by Dorota Piekorz. 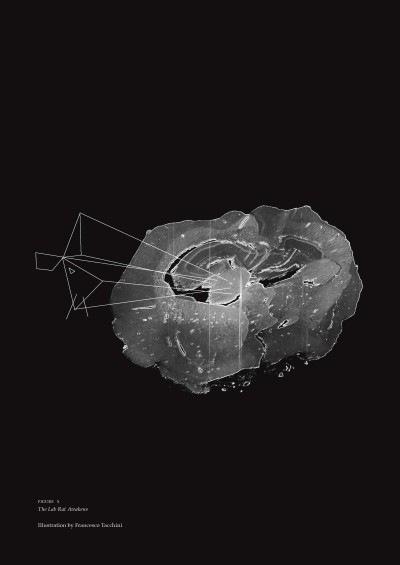 Chapter Three: Control and the Brain

Part Two: What Can a Brain Do?

Chapter Four: Assemblages and the Brain

UKIP leader, Nigel Farage: One of Us? Illustration by Francesco Tacchini

Tony D. Sampson is Reader in Digital Culture and Communications at the University of East London. He has a PhD in social-cultural-digital contagion theory from the Sociology Department at the University of Essex. He is a former art student who re-entered higher education in the UK as a mature student in the mid-1990s after a long stint as a gigging musician. His career in education has moved through various disciplines and departments, including a maths and computing faculty, sociology department and school of digital media and design His publications include The Spam Book, coedited with Jussi Parikka (Hampton Press, 2009), Virality: Contagion Theory in the Age of Networks (University of Minnesota Press, 2012), The Assemblage Brain: Sense Making in Neuroculture (University of Minnesota Press, 2016), Affect and Social Media (Rowman and Littlefield, July 2018) and The Sleepwalker's Guide to Social Media (due 2020 with Polity Press). Tony is the organizer and host of the Affect and Social Media conferences in the UK (see archive on this blog). As a co-founder and co-director of the public engagement initiatives, Club Critical Theory (CCT) and the Cultural Engine Research Group (CERG), Tony has been project lead on a number of funded projects that bring impactful critical theories into the community and local political sphere to approach. These activities have included large conferences, symposia and informal lectures/workshops in pubs and community centres, co-organized with community groups and local authorities. Tony occasionally blogs at: https://viralcontagion.wordpress.com/ Full academic profile: https://www.uel.ac.uk/Staff/s/tony-sampson
View all posts by Virality →
This entry was posted in Uncategorized. Bookmark the permalink.