Miller quits as culture secretary in blow to PM

Good to see that nearly 200,000 people signed the change.org petition (to date). Not all of them are self-serving middle class hypocrites, I’m sure . Class is after all a linguistic category that crudely over generalizes these kinds of viral campaigns as well as the institutions and power relations that determine inclusion and exclusion.

Class is an adequate term when trying to describe the “press” I suppose, but not the multitude inspired by (pissed off with, raging against, or just ganging up on) a political “class” – with what they think to be an unlimited access to power – who also consider themselves beyond the reach of what they assume to be a “class” of people excluded from power. Anyhow, whatever the influence of these campaigns. F**k them! “We” won! 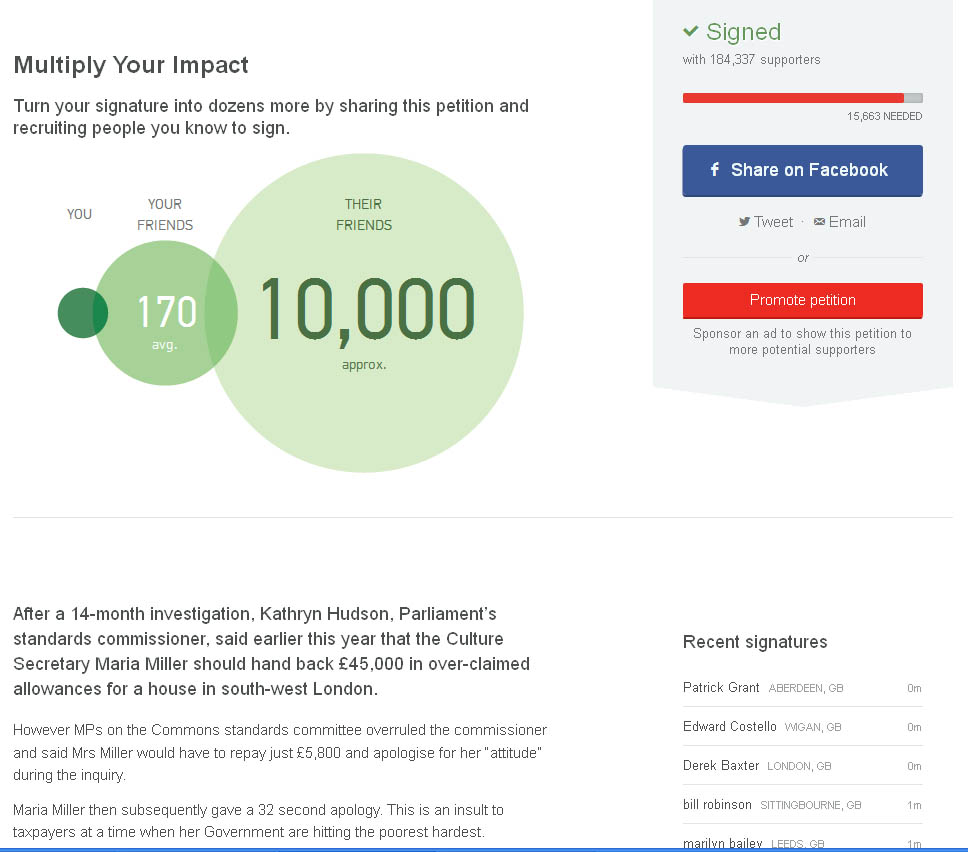