The first, “immunologic,” permeates the very matter and functionality of network security. The binary filtering of self and non-self, and known and unknown, exceeds abstract diagrammatic forces… becoming part of the concrete relations established between end users and the software they encounter.

In contrast to a rhetorical analysis of security discourses, what is acknowledged here is how the immunologic affects the matter-functions of a network, imposing the molar force of the organism on software designed to filter out viral anomalies.

The “immunologic” does more than represent the defense of the organic body via the importation of biological language.

It concretely organizes these defenses in terms of organs or organisms, which ward off bodily threats according to the binary divisions of self and non-self, and known and unknown. 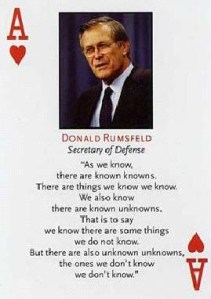 Donald Rumsfeld’s infamous use of the “immunologic” to justify the War in Iraq demonstrates how it can be universally applied across all kinds of networks.

Despite these frequent epidemics of panic and terror, it is contagions of hope, faith, and more significantly perhaps, love that Tarde contends are far more catching. 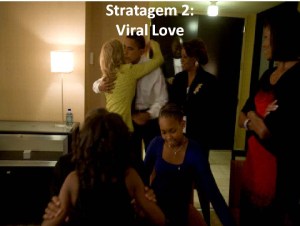 He clearly regarded love as a powerful political stratagem.

In his 1905 novel Underground Man, Tarde writes about the fate of the human race as it is forced to live beneath the surface of the earth when the sun begins to die out. 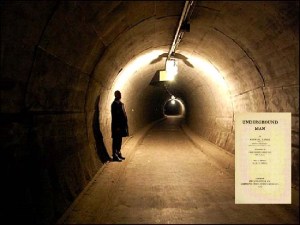 As a consequence, love not only replaces the energy of the sun, but it becomes the force by which social power circulates.

Not surprisingly…  perhaps, humans soon become embroiled in a bloody conflict for this precious resource.

In the forced intimacy of a cave, Tarde writes, there is no mean between warfare and love, between mutual slaughter or mutual embraces.” 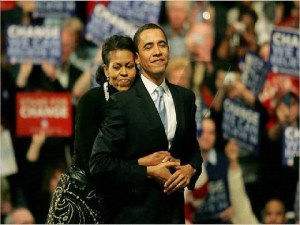 …and by pointing to the desire to love as an exercise of biopower, Tarde similarly raises questions concerning what is located between the uncertain fecundity of love and the tyrannies that seek to regulate its flow.

Indeed, there seems to be a very thin line separating…

On one hand, the spontaneity of a love that spreads freely

And on the other, a tyranny of love that controls.

There is nothing more natural, Tarde states, than those who love each other… should copy each other, but love-imitation is a distinctly asymmetrical relation. It is the lover who generally copies the beloved.

So Tarde’s social man is famously the somnambulist. We know how credulous and docile this hypnotic subject becomes… What is suggested to him becomes incarnated in him. It penetrates him before it expresses itself in his posture, gesture and speech.

… it is the absorption of affect that produces these incarnations.

They become comparable to, sc 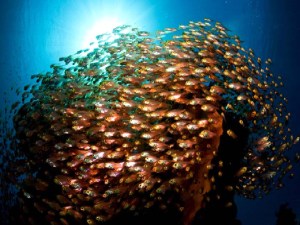 More relevant perhaps to the age of networks, is the question of what constitutes the nonconscious incarnations of software culture.

Like this, the persuasion-management of the end user occurs via an array of sophist techniques… cropping up like a mesmerizing flow that intercepts points of intersection between attention and inattention, and cognitive and noncognitive registers.

As Evil Media puts it:

The end-user has only finite resources for attention.

She will slip up sooner or later. . . . A keen interest in the many points at which fatigue, overwork, and stress make her inattentive is invaluable. 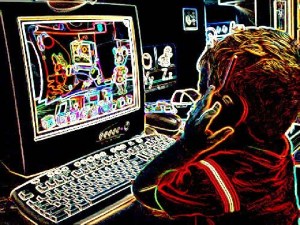 In attention economies, where the premium is placed on capturing the eye, the ear, the imagination, the time of individuals . . . it is in the lapses of vigilant, conscious, rationality that the real gains are made.

And despite the hyperbole, the capture of inattention is not really a trick viral marketing can pull off…

The problem with viral marketing is that it’s just not viral enough.

Inattention and distraction are nevertheless, becoming increasingly targeted in the practices of the neuromarketer, and its object: The brain!

This returns us to the rhizomatic network. Not necessarily the digital networks of the Spam Book though. Rather the neuron network. It was, after all, the discontinuous synaptic event that inspired the introduction to A Thousand Plateaus, as well as featuring writ large in What is Philosophy?

I conclude here with two questions concerning what might be called neuroculture:  These are…

what can be done to a brain?

…and what can a brain do?

The first follows the development of a raft of neurotechnologies, initially intended to map the brain’s surface structure and functionality. 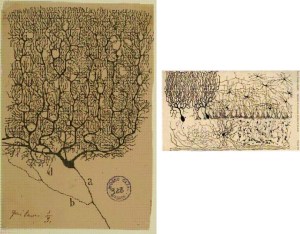 Research began in the late 1800s to microscopically trace the discontinuities of the nervous system.

Since then the neuron has been put to work in a variety of ways.

For example, neuropharmaceuticals and technologies, initially developed to diagnose and treat ADD, OCD and dementia, have been re-appropriated by marketers, the military, and for other off-label uses in education and the science lab.

However, alongside the manipulation, enhancement and inhibition of neurotransmitters,

… there is a brain that confronts, and becomes a junction between itself and chaos.

This is not a metaphysics that transcends matter. Instead, the incorporeal spreads on the material surface.

Perhaps this points to a materialist understanding of a synaptic collective, which is as much nonconscious as it is conscious.

Tarde was indeed quick to refer to cerebral imitation functions reaching out to the social world in ways that surpass language. His laws of imitation have not surprisingly perhaps been attributed to so-called mirror neurons.

This prompts only more questions though

To begin with, what kind of neuroculture is this, when it is not the mind or the person, but the brain that thinks.

And lastly, what kind of subjectivity is this which coincides with events at the molecular level of neuron transmission?